Just when you thought this blog was history--BAHHHHHH, just kidding--the saaaaxy is back. Thanks to Edmond for this tip, and for being an enabler in my posting of bad puns and lame art history jokes. 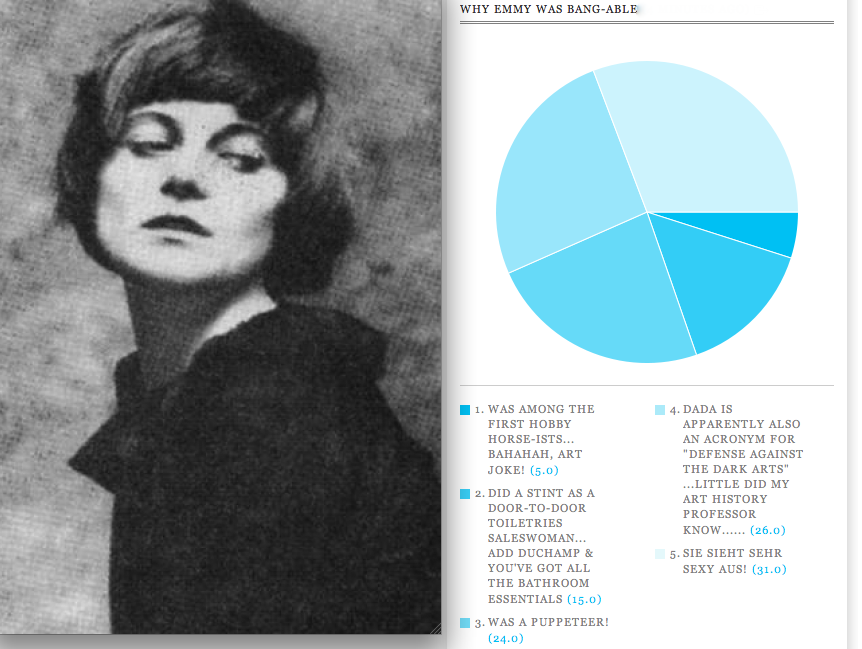 On a more serious note (and so I don't get harassed again for seemingly objectifying a woman), I kind of feel bad for Emmy. From an article I read: "She lived on the verge of poverty most of her life, was the victim of male domination (even among some of the Dadaists), was a failure as a mother, and as a stage performer was constantly uprooting and moving without destination or purpose. It is not surprising that she viewed life as senseless and oppressive." And thusly (or for some reason that could not be garnered from a 10-minute speed read) she abandoned Dadaism for Catholicism. Now that--the confirmed sixth-grader in me can agree--is depressing. But at least she had a killer bob and bangs. Total girl crush.