This one's a shoutout to the hometown, the City of Brotherly Love. Shoutout number two goes to Miranda, who first alerted me of Cornelius' existence. 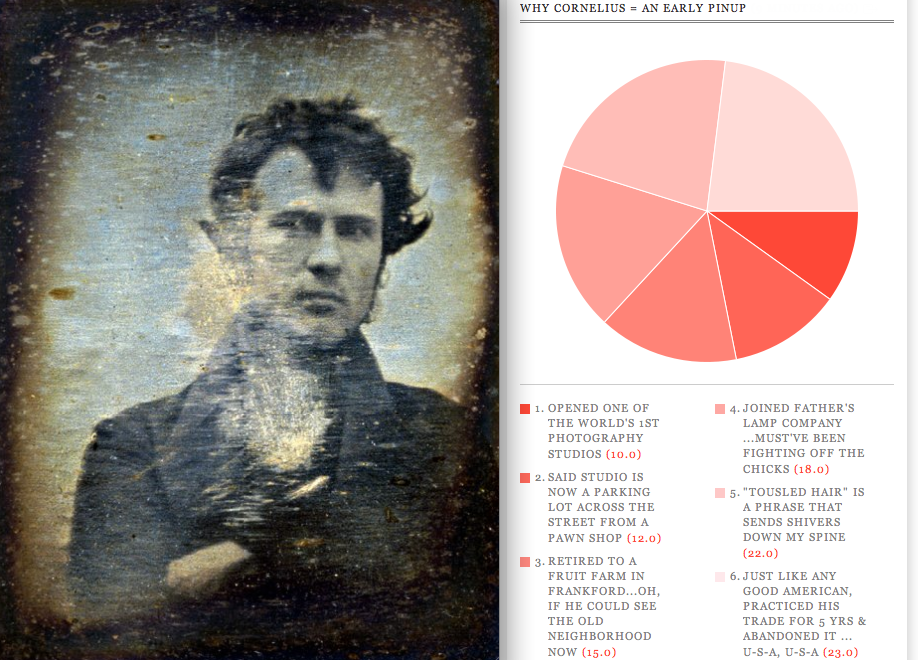 For five dollars, you could have commissioned Cornelius to capture your likeness in one of his two daguerreotype studios in Philadelphia. I’m not sure how much $5 was worth back in the 1840’s—though Google tells me an 1840 Liberty Seated dollar could run upwards of a grand these days—but common sense tells me that that is a small price to pay for being in the same room as that face/hair. The reduced exposure time of one minute left so much more time to the imagination, right, right?
And I don't know where that shot at the work ethic of my fellow Americans came from, though I have been watching a lot of Married...With Children lately...
Next Time: Another lady, though I don't yet know whom (don't want to disappoint the straight guys and produce another "Anne Hathaway's more boring cousin"...)
Posted by Megan at 10:39 PM