I present you not with presidents today, but rather a 2-for-1: the first in both the Notorious Lovers and Bangable Brüdern series. Thanks to Tyler for the initial Bosie tip. 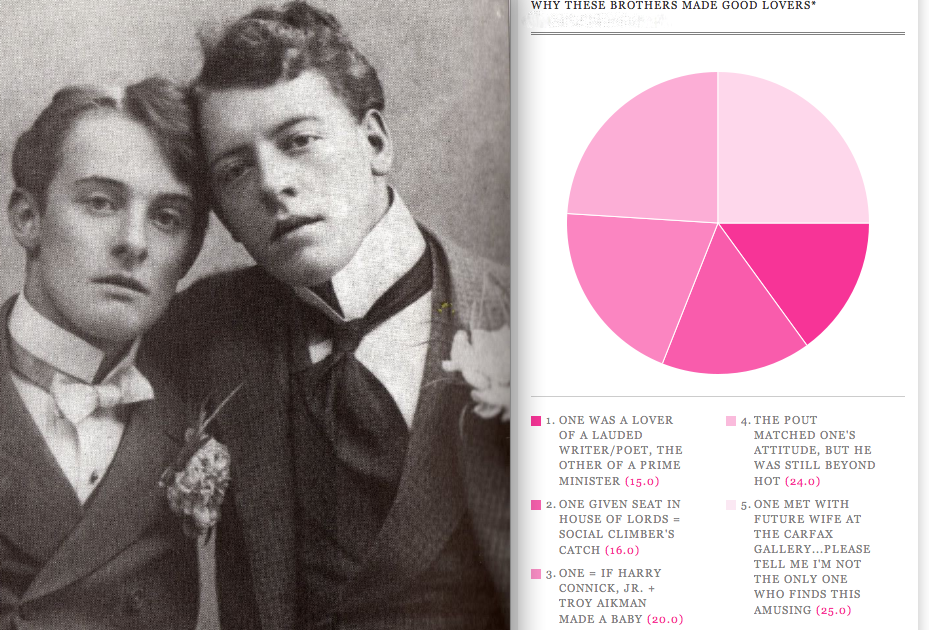 The Douglas family was a piece of work. Their grandfather died in a reported shooting accident, which many believed to have been a cover for suicide. One of their uncles died during the first ascent of the Matterhorn (a rumored homicide), while another committed suicide by slitting his throat (only years after attempting to abduct a little girl). Their father accused both Bosie and Oscar Wilde of sodomy, a criminal offense in Britain at the time, which prompted such endearing father-son exchanges as "I detest you," "you miserable creature," and "I cried over you the bitterest tears a man ever shed, that I had brought such a creature into the world...you must be demented." And to top that off, Francis died at the age of 27 in a mysterious hunting accident, which may or may not have been a suicide or homicide.


That said, I want to thank Thea and her blogmates for bringing to my attention "The Pocket Book of Boners." Illustrated by Dr. Seuss.

Next Time: An American Chemist and Photographer
Posted by Megan at 2:46 PM