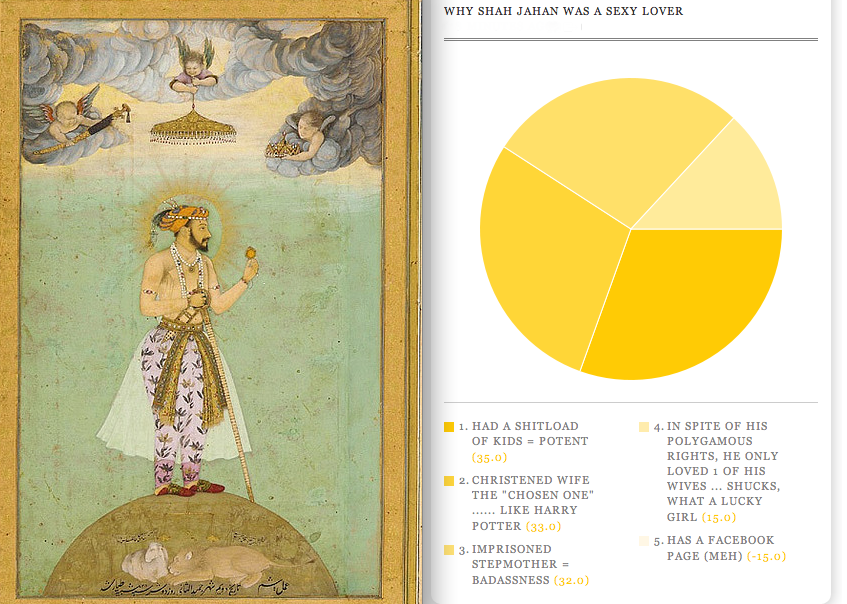 Yeah, yeah, we all get the hypothesized romantic provenance of the Taj Mahal, but what I'm more intrigued by is Shah Jahan's rumored black Taj Mahal, which he wanted to build directly opposite the one that stands. An art history professor went into all the theories behind the latter in undergrad, but......that education was a waste on all levels, since I forget what she said. Why isn't Wikipedia more thorough? Just when I thought I could get by on my laziness...

Next Time: A Soviet Composer (submission edition!)
Posted by Megan at 2:11 AM