'Tis that time of year when the enterprising young ladies of America enable my gluttony. And so, with a mouthful of Girl Scout cookies, I present the first in the long-awaited series: 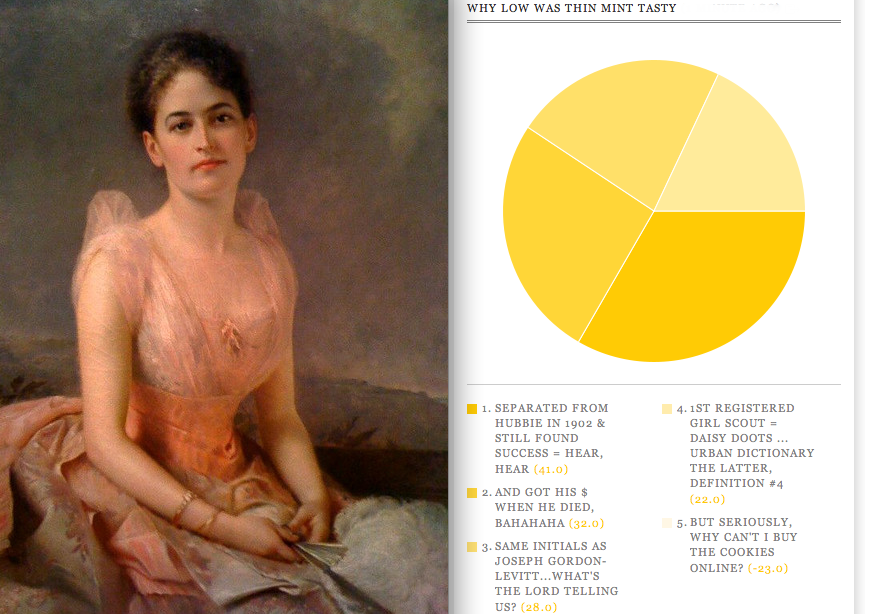 More on the first two points: Juliette and her husband, William, were nearing divorce when he died in 1905, so perhaps her plight in being a single woman was not as trying as for some. However, William apparently left his entire estate to another woman, to which Juliette (later) replied, "No one was going to get away with that!" She fought the system and homegirl took back $500,000, even though it was in settlement money. Bitch still got some of her green, I guess.

Next Time: Communist China
Posted by Megan at 9:37 PM